Redefining An Englishman Without Consent - Where's The Human Rights Brigade?

This is a re-edited article from last March and may go some way to explaining the lack of pride of the English football players during the World Cup. It must be difficult to have pride in the multi-culti England that is being created by the agenda driven political class.


He is an Englishman

For he himself has said it

And its greatly to his credit

That he is an Englishman

That he is an Englishman

Students of English musical culture, and possibly many an old salt, will recognize these famous lines from the comic opera HMS Pinafore by Gilbert and Sullivan. Even outside England, these operas are lauded and recognized as being an integral part of Great Britain's, or more specifically England's, cultural heritage.

These operas are a classic example of the English capacity for self deprecating humour and despite regional variations they also impart a general vision of what an Englishman is, or more accurately, some of their common characteristics.

As a native from the other side of Offa's Dyke, who had the honour and privilege of living in England for decades, my impression of English people is as positive as can be. As with any people or culture it has its share of ne'er do wells and undesirables but in my experience they were a tiny minority who did not represent the decent, hard working, polite and accommodating majority I had the pleasure of living amongst.

Everyone has a different view of what characterizes England and its people but whenever I need to invoke a vision of England in a few words I always quote the eminent person whose name slips my mind, "England is the land of cricket on the village green, warm beer and old maids cycling to Evensong on a balmy summers evening" or words to that effect.

I realize its a bit rural and chocolate boxy but nevertheless it serves its purpose as a generality.

Come the day of reckoning there are a catalogue of crimes that the political class have to answer for and one of the biggest is the willful destruction of the archetypal English character and its replacement with something unrecognizable as English.

If it was any other culture being deliberately erased without the consent of the people, the usual suspects on the left and the 'human rights' brigade would be in an uproar. Where's the incessantly noisy civil rights advocates such as Liberty and where is the United Nations?

Similar cultural replacement is taking place in Tibet, half of Hollywood is up in arms and where's Bob Geldof and Bono?

It was with absolute horror and disgust that I read in the American version of the Daily Mail, and subsequently in the Orlando Sentinel, about a 'British' man who flew to Florida with the intention of  impregnating a thirteen year old girl in order to entrap her into a marriage where they would raise a daughters-only family. His plan was to sexually abuse these daughters in a sick incest fantasy.

At this point I will wholeheartedly accept that that this sick animal is theoretically as British as I am, but having clarified that point, the fact that he was born in London makes Shuhel Mahboob Ali an Englishman. I will point out that the Welsh, Scottish and Irish appear to have been classified as minorities in their own right and therefore don't appear to be as big a target for cultural replacement as the English. 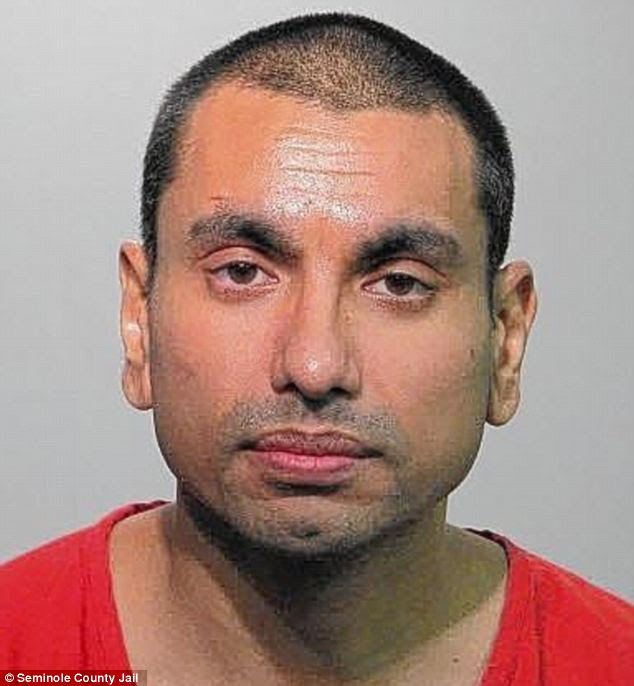 What the American readers of this story must be thinking about the English people and how low they have sunk fills me with trepidation and horror. For the past few years Piers Morgan has been doing his best to upset our American cousins and impugn the name of the English people but compared to this guy Morgan is a paragon of virtue and a positive advert for England.

The agenda driven political class and their sycophantic storm troopers in the politicized institutions are zealously imposing multi-culturalism on the English people whether they want it or not and this requires them to redefine what it is to be an Englishman. This agenda also requires that English culture and their Judeo-Christian values must be erased and replaced with customs and practices that would horrify English people from a generation ago.

In the modern multi-culti world the likes of  Freddie Kendakumana, Abdul Huk, Mohammed Rafiq Abubaker and Chola Chansa from Rotherham are classed as English people. Their vile practices such as child marriage and paedophilia are fast becoming an established part of modern British culture.

If there is one place that can be considered as epitomizing England then it's the city of Oxford. Dreaming spires, mortar boards and gowns, academic excellence and a seat of learning for centuries. What aspiring English academic doesn't dream about a scholarship to Oxford University?

With a reputation and a history like that Oxford didn't stand a chance against the cultural vandals and ethnic cleansers of the political class and the multi-cultural community. Oxford was a prime target and with the assistance of the local authorities, including the police 'service', the city was given the usual cultural makeover.

English brothers Akatar and Anjum Dogar together with their fellow countrymen Zeeshan Ahmed, Bassam Karrar and Assad Hussain from Oxford were allowed to groom and sexually abuse under age girls unhindered for years. 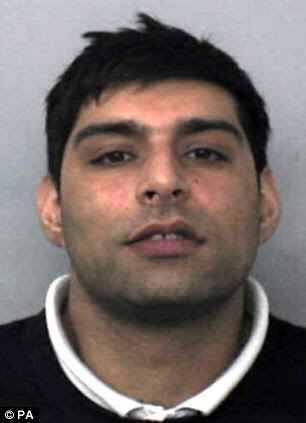 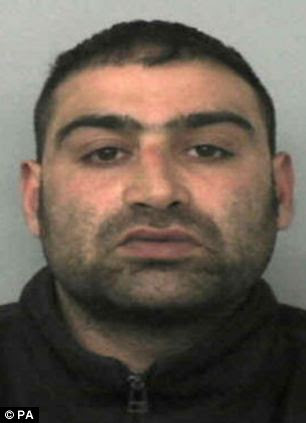 To the political class and the multi-culturalists the victims, who's lives were ruined, are obviously a small price to pay for cultural enrichment, diversity, community cohesion, or whatever the latest jargon is, that they use to justify their destructive agenda.

The most horrific incident of recent crimes was the murder of Drummer Lee Rigby in a London street by two Muslim fanatics who were both Englishmen according to the multi-culturalists. Michael Adebolajo and Michael Adebowali were both from the London area and would not have been in a position to commit their heinous crime had Blair/Brown not opened the borders to all and sundry. Their actions facilitated the murder of Drummer Rigby and they should be held to account.

Then there is English hate preacher Anjem 'Andy' Choudary, seen here with one of the killers of Drummer Rigby, who publicly spews out Muslim filth, including insults against dead British service people, and who for some reason is given immunity from prosecution by the government. This animal is just as big a protected species as the Giant Panda, presumably for reasons of 'cultural sensitivity' or community cohesion' but more likely because the spineless politicians don't want to upset one of their client groups.

The three legacy parties and their leaders, Cameron, Clegg and Miliband are in agreement on the cultural replacement agenda for England and consider it an achievement when they see people like the ones mentioned above describing themselves as English.

The facts for the English people to digest are that the victims of these criminals would not have had their lives ruined had not the borders been opened to all and sundry regardless of an immigrant's suitability to be amongst decent, civilized people.

Those young girls were hurt and Drummer Rigby is dead directly because the Blair/Brown government, with the support of Cameron, Clegg and Miliband, allowed degeneracy to enter the country for their own self serving ideological ends.

By their encouragement of backward cultures not to integrate and then to celebrate this apartheid as a good thing, Blair/Brown and the rest of the political class are guilty of causing criminal harm to young girls and should be punished along with the perpetrators.

If it's any consolation, I for one will never forgive them for what they have done and I will stand four square with my English compatriots to protect their culture and bring the criminal politicians to book.

I will add that during my long years as an expatriate I was always reminded that I am not only representing my company but my country, therefore I should always behave appropriately in order that my host country get a favourable impression of both. It would appear that this advise only applies to British people abroad.

An article on Andy Choudary from the Gates of Vienna.

I will finish on a lighter note happy in the knowledge that, on the whole, the American people's impression of English people is largely positive. In my experience Americans associate England with the quaint rural vision I conjured up earlier or alternatively, with the iconic sights of London. I have carried out a quick unscientific poll among American friends and the names that immediately sprung into their minds as typifying the English people were:

Princes William and Harry and the new Duchess of Cambridge.

Tom Jones ( Actually a Welshman but I forgive them)


Update: From the comments - Dreaming spires or minarets in Oxford?