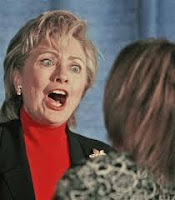 On a lighter note, the ancient philosophical discussion about whether art imitates life or life imitates art has finally been put to rest by the latest box office blockbuster Jurassic World.

Without giving too much away, the fourth in the Jurassic Park series of movies centers on a theme park populated with cloned dinosaurs where the star attraction is a creature named Indominus Rex.

This monster has been created using the DNA of several predatory dinosaurs mixed with that of modern day animals. Velociraptors, the intelligent and calculating stars of the previous Jurassic movies have been trained to accept Indominus as their alpha.

It doesn't take a giant leap in imagination to see that this scenario is happening in the present day political world. Since democracy has been reduced to nothing more than a ballot every few years it has allowed a small elite who mindlessly pursue political power in order to dominate others to pervert the process.

Looking at the modern political world one should be forgiven for seeing the parallels with the artistic world of the film creators. A group of politicians has been created by the power brokers who are so alike they could be clones sharing the same DNA.

With the removal of honesty and integrity from the electoral process politicians have been indoctrinated with the same disciplines as the movie industry such as script writing, acting and visual presentation. These fakes look the same, they talk the same, they behave in the same manner, they use the same publicity tricks to con the public into believing they care.

Nothing could be further from the truth; once these clones have been let loose on an unsuspecting world they cause havoc and mayhem, leaving death and destruction in their wake.

Despite a population of some three hundred and fifty million, the best the American people can come up with are dinosaurs in the form of a sixty-seven year old Hillary Clinton and seventy-four year old Bernie Sanders; should these two front runners trip up along the campaign trail then seventy-two year old Joe Biden or sixty-six year old Elizabeth Warren are waiting in the wings.

In truth it doesn't matter which one is chosen, they can only offer the modern political equivalent of a primeval swamp i.e socialism. Like the dinosaurs of the Jurassic era these people do not have the brain capacity to think outside of their instinctive behavior, thus even though socialism continually fails wherever it is imposed, its all they have to offer.

On the British side of the pond things are no better. The choices for leader of the Labour Party after Red Ed Miliband's epic failure at the last election are straight out of the Dipshitodocus enclosure.

Andy Burnham, who has earned himself the moniker of 'Body Bags' Burnham after presiding over the unnecessary deaths of twelve hundred patients at the Mid Staffs NHS trust while he was Minister of Health.

Yvette Cooper, the other half of the husband and wife team comprising herself and Ed Balls. Both Secretaries of State for the disastrous Blair/Brown governments which engineered the bankruptcy of the British economy, the catastrophic drop in educational standards and the mass immigration disaster.

Jeremy Corbyn, a hardline socialist from the old school who is so off the scale he boasts friendship with the Hamas and Hezbollah leadership.

Liz Kendall, without a care for the disaster that was visited upon the British people by her mentor, she is touting herself as a 'Blairite', the fabulously wealthy former Labour leader who famously claimed that "he came to socialism via Marxism".

Unfortunately, the people on both sides of the pond who continue to vote these people into office have not evolved beyond the Neanderthal stage and have not yet developed the intelligence to see beyond the tips of the flint spearheads.

All us Homo Sapiens can do is to hope that human evolution speeds up so that the Neanderthal voters become extinct and take the political dinosaurs with them.