Murdered By Immigrants - Politicians Put Their Agenda Before Public Safety 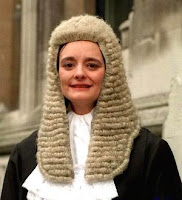 The tragic death of Kathryn Steinle murdered as she walked with her father at a popular San Francisco pier is one of many heinous crimes committed by immigrants, legal and illegal, all across the civilised world that the political class refuse to condemn.

Murder, rape, child abuse, robbery and other violent crimes are now rife in every country where mass third world immigration is being used to impose the 'fundamental transformation' of society at the behest of the global elite that run the UN/EU.

The fact that some deaths attract a different response from the political class and the establishment is a measure of their fanaticism and total dedication to their 'transformation' agenda; also the fact that an identical attitude to immigrant crime has been adopted all across the civilised world is proof that it's part of a centrally planned, coordinated policy.

The reaction of the Obama administration to death of Kathryn Steinle is in stark contrast to the death of black street thugs and wannabe gangstas Trayvon Martin and Michael Brown. Every decent American should recoil with disgust by fact that the administration sent representatives to both the Martin and Brown funerals but refuses to even comment on the death of Kathryn Steinle.

This is nothing new when it comes to governments reacting differently where their client groups are involved.

The perpetrators of the Stephen Lawrence murder were pursued for years with the prosecutors even putting aside double jeopardy in order to get another conviction; the killers of Richard Everitt were given bail allowing some to escape back to Bangladesh never to be seen again.

The mother of Stephen Lawrence has been given multiple honours and awards, finally being elevated to the House of Lords and she now sits in the senior British Legislative Chamber as Baroness Lawrence of Clarendon while the mother of Richard Everitt remains anonymous.

As mentioned earlier, this attitude of benevolence toward immigrants, legal or illegal, criminal or law abiding, being acted out by governments across the civilised world is nothing to do with compassion, traditional values or anything else. It is a cold, calculated policy emanating from the UN and it's European arm, the EU, to impose cultural and demographic change in the developed world. 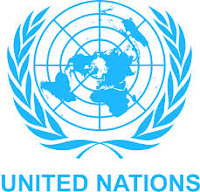 This is part of the ongoing agenda to re-order the post war world based on national, cultural and religious egalitarianism as a core principle. By ignoring the fact that nations, cultures and religions are not and never will be equal, the UN/EU elites will only succeed in downgrading the civilised world and with it wealth creation and the prospects for a prosperous future for all of humanity.

Past and current leaders of the developed or civilised nations are part of the global elite and they are all dedicated to the UN/EU agenda which includes the 'fundamental transformation' of their homogeneous or Judeo-Christian dominated countries into so called 'multi-cultural societies'.

Such is the dedication and commitment of these world leaders they are putting this agenda before public safety and the economic well being of their citizens.

The United States are relatively new to the 'fundamental transformation' project and its people should look to Europe if they want to see what their political class has in store for them.

Treacherous politicians decided two decades ago to open the borders to mass third world immigration with the intention of changing homogeneous Sweden into a so called 'multi-cultural society'. Since then violent crime has increased some three hundred percent and rape over fourteen hundred and seventy percent (1,470%). Sweden is now considered the rape capital of the world where one in twenty women will be raped.
(Scandinavia's multi-cultural disaster here)

To say that Swedish politicians have put their cultural replacement agenda before the safety of their citizens is an understatement of staggering proportions. Following close behind are the rest of Scandinavia and Europe including Norway, Denmark, Belgium, the Netherlands, France and Great Britain.

The British political class and the establishment have sold their souls to the UN/EU cultural replacement agenda. Immigrants and their various ethnic groups and religions are given almost divine status while their victims are vilified and in the case of the Rotherham child grooming scandal threatened with prosecution themselves for wasting police time.

Where prosecutions are unavoidable the 'progressive' judges hand down derisory sentences as in the case of Islamic teacher and paedophile, Suleman Maknojioa who escaped a custodial sentence because he is head of the family and his wife is on benefits and doesn't speak English. His victims can go hang.

The list of examples to prove that the British political class are putting the UN/EU cultural replacement agenda before the well being and safety of the citizens is too long to list here but immigrant friendly government actions or non-actions prove it beyond any shadow of doubt.

Against the wishes of the people the politicians have opened the borders allowing immigrants to enter often without scrutiny; this includes murderers, rapists, child molesters and other violent criminals. For example, convicted Lithuanian child rapist, Victor Akulic, entered Great Britain and violently raped a woman soon after.

Politicians are well aware that a fifth of all rape and murder suspects last year are immigrants, one third of all rape suspects in London are foreign, mainly from Jamaica, Nigeria and Australia, countries which are not part of the EU.

In tandem with this, it is virtually impossible to deport criminals, illegal immigrants and failed asylum seekers due to the pernicious Human Rights Act. This Act may sound desirable in a world where politicians are out of control but in practice it is nothing more than a criminals charter where the human rights of terrorists, murderers, rapists and other violent criminals are sacrosanct while those of their innocent victims are studiously ignored by agenda driven 'progressive' judges.

The tragic murder of Kathryn Steinle has raised the issue of so called 'sanctuary cities' in the United States to the top of the news cycle for now. It is worth the American people noting that the combination of an agenda driven political class with politicised institutions, including the police and the judiciary, makes Great Britain one big sanctuary for illegal immigrants, foreign criminals, phony asylum seekers, economic migrants and most frightening of all, ISIS and other radical Muslim terrorists.

A warning for the American people, the UN have plans for you. See here

Posted by Daniel Thomas at 6:17 PM