Another All American Boy Turns Out To Be A Killer Muslim 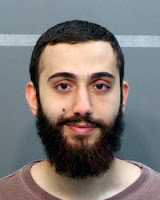 Mohammad Youssef Abdulazeez, a name that will live in infamy, not for any great length of time but for the duration of the twenty-four hour news cycle that dominates public information in the modern age.

Prior to murdering four unarmed Marines in Chattanooga, Tennessee, this subhuman will have been touted by the 'progressive' establishment as an example of the diversity and tolerance which made multi-cultural America such a great country.

(The fact is that the imposition and idolising of incompatible third world cultures is taking America in the opposite direction toward third world mediocrity, but I digress)

The follow-up narrative to this cowardly murder is depressingly familiar; he was such an honest/quiet/polite/decent/caring/devout/ordinary/witty......add your own adjectives... person that nobody would guess would kill four American heroes in the name of Allah the Merciful.

Neighbours in the Hixon suburb of Chattanooga described him as "an all American boy, handsome, polite, normally dressed in T-shirt and jeans".

According to the agencies that are charged with keeping Americans safe after the 9/11 terrorist atrocities, he was not on their watch list even though his father had been investigated in the past for having links to Muslim terrorist organisations. 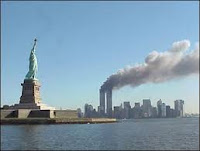 Looking at what evidence is in the public domain it doesn't take a Leroy Jethro Gibbs to conclude that in the interests of public safety political correctness should have been discarded and this family closely monitored from the time of the fathers' alleged involvement with terrorist groups.

The parents are Jordanians of Palestinian stock, a group of people many of whom are notorious for being bitter, twisted and consumed with hatred for everything Jewish, American and Western.

They were in Kuwait when their killer son was born before making their way to America. Why were they there and how did they get to America?

The killers' father was a devout Muslim who beat his wife and declared bankruptcy. Although he had the benefit of a good education, the killer never took advantage of the privilege by holding on to a well paying job, how then did he finance his trips to Jordan and possibly Yemen? What was he doing there for such long periods?

It's worth bearing in mind that there are fanatical Muslim American citizens continually planning atrocities in the name of Allah the Merciful and they are not going to advertise their intentions in advance. They will remain innocuous and keep their intentions under wraps until, to the undoubted shock and surprise of all and sundry, they perpetrate their heinous acts.

Judging by the attitude and actions of the Obama administration, and the various government agencies responsible for the 'fundamental transformation' of their country, the American people should not be taking their safety and well being for granted.

It has been highlighted as a matter of faith in these articles that the political class throughout the civilised world are totally committed to the 'fundamental transformation' agenda as ordained by the UN/EU de facto world government and as a consequence their agenda will always take priority over the safety and well being of the people.

One would have thought that the 9/11 atrocity would have been the last instance when American citizens were murdered by Muslim jihadis on American soil but this is not so. Since 9/11 there have been at least sixty-six people killed in forty-one separate acts of terrorism in America.

The more notorious of these have been the Fort Hood killer, despite the fact that this has been characterised as workplace violence, and the Boston Marathon bomber.

In addition to these atrocities there have been multiple mass murder plots against Americans by Muslim terrorists that have been thwarted by law enforcement and foreign intelligence operations since 9/11 as well as some that were botched. (See here)

The American people, and indeed those people around the world that used to rely on American power to free or protect them from murderous Islamic regimes, must be wondering why, when the local mosque in Chattanooga cancelled its post- Ramadan Eid Mubarak celebrations out of respect for the victims and their families, the President did not.

After making some perfunctory remarks on the tragedy he went ahead and hosted an Eid Mubarak celebration dinner in the White House, probably at taxpayer expense; he didn't even have the decency to lower the White House flags to half mast.

This behavior is sending a message to the American people that their sensitivities do not matter one jot compared to those of his most indulged client group, but more seriously than that, what message is it sending to the America hating Muslim terrorists both at home and abroad?