A Picture Gallery To Help The Squad Recognise a Concentration Camp 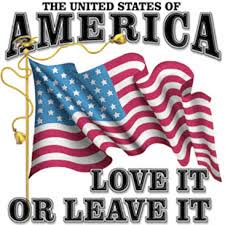 Since Karl Marx first codified their evil creed, communists have used propaganda and manufactured images to denigrate the object of their hatred and damage them in the eyes of the people.

The squad are no different; they are deliberately raising emotions and stirring up hatred by comparing the detention facilities for illegal immigrants on the US southern border to concentration camps and border agents to Nazis who heartlessly rip children from their parents.

None of these lunatics are the sharpest tools in the shed especially if they think people are fooled by their behavior. The following is a picture gallery and an explanation to counter their propaganda and who knows, they might even learn something.

This is Auschwitz, a Nazi concentration camp in Poland. 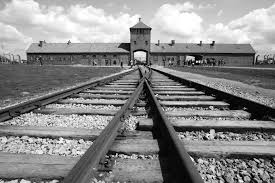 This was one of fifteen thousand camps used by the Third Reich to imprison their enemies and use them as slave labour. Some doubled as death camps to murder their enemies along with six million Jews. Inmates were robbed of their possessions, beaten, and if they weren't worked to death they died of starvation or disease.

This is a detention center.

People who have crossed the border illegally are temporarily housed in one of these until they are processed. After processing they are released with a court date into the United States, only to disappear, or they are deported to their home country. They are treated humanely as well as being fed, watered and given access to quality healthcare that many legal American citizens can't afford.

These are the sleeping arrangements in Auschwitz. 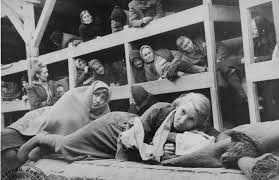 Overcrowded and rife with disease many inmates did not live to see another day.

These are the sleeping arrangements in a detention facility. 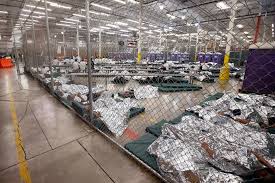 Despite being overwhelmed with record numbers of migrants illegally crossing the border, conditions are better than the homeless street dwellers of San Francisco and LA or a standard prison.

These are the cattle trucks in which concentration camp inmates were forcibly relocated from their homelands never to return. 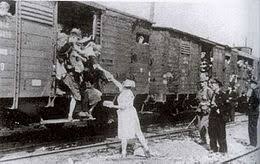 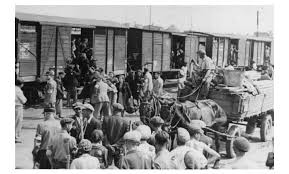 Rounded up from all over Europe for a journey lasting days with no amenities or food, many died on route.

This is a migrant caravan leisurely making its way to a detention facility.

These migrants voluntarily leave their homelands in their tens of thousands to cross deserts and mountains knowing full well they will be housed temporarily in a detention facility for processing. Unlike the inmates of Auschwitz they are free to leave at any time and return home.

These are children who were ripped from their parents in Auschwitz. 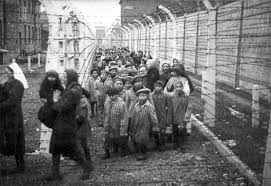 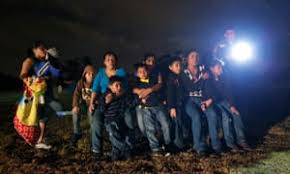 Despite the risk of sexual abuse and death en route, these children were voluntarily handed over to people smugglers by their parents in the hope they will be reunited after the child has secured American documentation.

This is Alexandria Ocasio-Cortez. 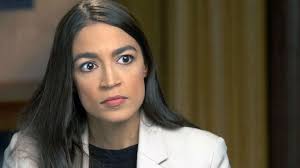 This is Rashida Tlaib. 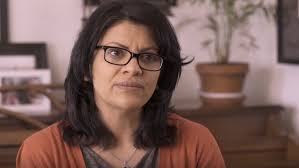 This woman currently goes under the name of Ilhan Omar. 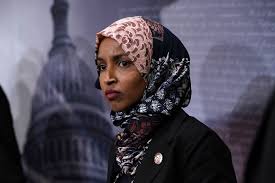 Another visceral anti-Semite, this notorious ingrate from Somalia does nothing but slander the country and the people that gave her sanctuary and saved her from a fate worse than death. It is this vile individual that President Trump suggested should leave to fix her home country then return and explain how she did it. 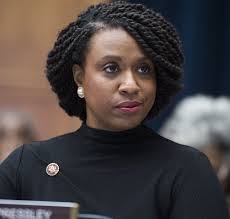 These people and their supporters are in the ascendancy in the Democratic Party and gaining in popularity among the younger demographic. They are a clear and present danger to the American people and their way of life. If they are not fought, America will be lost and the beacon of freedom will be extinguished for ever.

Posted by Daniel Thomas at 1:50 PM