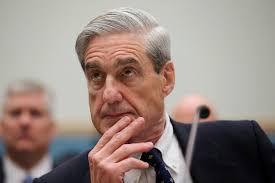 The appearance of Special Counsel Robert Mueller before the House Judiciary Committee and the Senate Intelligence Committee was an embarrassment that laid waste to the claim that his two year, multi-million-dollar charade was an independent investigation into Russian collusion and obstruction of justice by President Trump and members of his campaign.

The long-awaited Mueller report determined that there was no collusion or obstruction of justice therefore President Trump is innocent of the high crimes and misdemeanors that the Democrats desperately need to justify impeaching the man they hate so much.

Mueller’s report should have been the end of the matter, but their reckless hatred of President Trump has caused the Democrats to become unhinged and lose their collective minds.

The words of St Peter couldn’t be more apt for the behavior of these morally bankrupt political hacks and their agents in the deep state.

Instead of doing the right thing and selecting a credible candidate then campaigning on the issues to win back the White House, they chose to return to the Mueller report in the hope that the author himself could reinterprate his words and their context to give them grounds for impeachment.

It was an epic fail that backfired spectacularly on the Democrats. It exposed them for the bitter and twisted charlatans that they are and proved once and for all that there was indeed a conspiracy against President Trump by the deep state which included the leaders of the FBI, the DHS, the CIA and other government agencies.

Billed as being a man of unimpugnable character and integrity, it also exposed Robert Mueller as a dirty cop and a willing participant in the plot to rig the election to stop candidate Trump from winning in addition to acting as an insurance policy to remove him from office should the unthinkable happen and the people elect him as their President.

Mueller played his part in the whole charade perfectly. At first his mumbling, stumbling responses and pretend deafness gave rise to feelings of pathos for an old man out of his depth and in the early stages of senile dementia.

As the hearing progressed however, Mueller’s knowledge of the Committee's procedures and his astute handling of the questioners made it clear that he was in complete control of his faculties and knew exactly what he was doing.

Armed with the knowledge that each questioner was limited to five minutes he deployed the filibuster with surgical skill.

With his continued requests for clarification and page numbers, along with his stumbling responses to questions that often had to be repeated, he ran down the clock and limited his exposure to questioning.

He bluntly refused to answer key questions that would have exposed his own misdemeanors and that the grounds for initiating the investigation were phony and malicious.

It was his continued assertion that the basic tenets of the investigation were ‘outside his purview’ that was the final proof that the whole thing was a set up from the start to give the Democrats grounds for impeachment.

One would think that with the epic failure of these hearings and the exposure of Robert Mueller as a dirty cop with a phony investigation, the Democrats would regroup and rethink their strategy on how to combat a President who is fulfilling his election promises and making America great again on all fronts.

Instead, like the biblical dog and sow they plan to return to their vomit a third time and wallow in the mire that they have created.

With this folly it looks very much like four more years for President Trump and the continued ascent of America to the bright, sunlit uplands where it belongs.

Watch the exposure and destruction of Robert Mueller and his phony investigation by the following Congressmen: