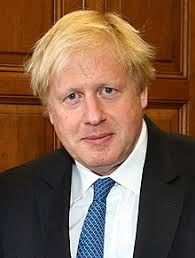 The appointment of Boris Johnson to take over from the treacherous Theresa May has given hope to the British people that their decades long fight to regain their independence from the corrupt and failing European Union is tantalizingly close.

Once the shackles of the freedom crushing fanatics in Brussels have been cast off, the bright sunlit uplands of prosperity that independent sovereign nations enjoy will be achievable.

Boris Johnson has got off to a good start with President Trump endorsing his appointment and offering to work with his government to fast track a free trade agreement.

Heads of the Commonwealth countries that were so shamelessly cast aside when the political elite transferred their loyalty, and British sovereignty, to the European Union have made similar offers.

The world’s major trading nations such as Japan, South Korea, China, Brazil etc. have all indicated that they are anxious to conclude trade deals with the world’s fifth largest economy.

The long overdue replacement of the duplicitous Theresa May should herald in some stability and progress, but it will not be plain sailing for Prime Minister Johnson or the British people.

The Europhile forces dedicated to overturning the result of the referendum and preventing Brexit are formidable. For over four decades the political elite, including Parliament, have politicized every institution by installing like-minded people dedicated to the European nation building project.

These institutions from the supposedly independent civil service, the police, the judiciary and local councils to the NHS have been manned with Common Purpose trained Europhiles who are true believers in a centrally controlled United States of Europe in a post democratic age.

Before he has appointed his first Cabinet, Government Ministers and senior Conservative Party officials have threatened to join the opposition parties and bring down a Boris Johnson government if he tries to leave the European Union under World Trade Organisation rules, the so-called ‘no deal’ Brexit.

These Euro fanatics know that a prosperous, independent Great Britain just twenty-two miles across the English Channel will encourage other member states to question their membership and agitate to leave.

This will signal the end of the long planned single European superstate extinguishing the dream of tyrants such as Napoleon Bonaparte, Kaiser Wilhelm, Adolf Hitler and Angela Merkel.

Such is their dedication to the single state project they would risk handing over the governance of Great Britain in a general election to the communist led, anti-Semitic Labour Party than see Great Britain succeed as an independent non-EU country.

Leading the Europhiles in their plot to bring down a Johnson government is none other than his predecessor Theresa May. Taking advantage of Johnson's wafer thin majority in Parliament, Theresa May and her Europhile cronies have threatened to trigger a vote of no confidence in Johnson then vote against their own Prime Minister and manifesto to bring him down.

This is the final proof, if any were needed, that Mrs.May never had any intention of fullfiling the promises she made to deliver Brexit for the British people.

Her willful deceit and duplicitous behavior are treachery bordering on treason. If there is any justice in this world, she would be held accountable for wasting three years of precious time and untold billions of taxpayers’ money colluding with her European masters to rob the British people of their birthright.

In conclusion, far from bringing a period of stability, the replacement of the treacherous Theresa May with Boris Johnson could trigger a civil war in the Conservative Party and divide the country even more than it already is. Worse of all it could hand over the Westminster Parliament to the anti-British, anti-Semitic, communist led Labour Party which would be a disaster of epic proportions.

Posted by Daniel Thomas at 1:32 PM