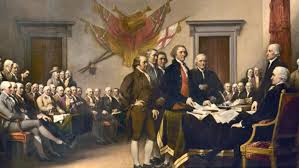 Propaganda and rewriting history have been essential weapons in the armory of tyrants down the ages as they attempt to demonize and delegitimize the regime they are endeavoring to overthrow as well as giving legitimacy to their own.

One would think that in today’s western democracies enlightened people would see this crude weapon for what it is and ignore it. This in turn might encourage the power brokers and their propagandists to refrain from insulting the people’s intelligence with their attempted forgery, but unfortunately this is not the case.

With their Project 1619, The New York Times has embarked on a propaganda campaign to rewrite history in true Pol Pot fashion. In their history-perverting minds, Year Zero in America was August 1619 with the arrival of the first slaves from Africa.

According to them it was on this date that the ‘true’ founding of America began. Shamefully, and with malice aforethought, Project 1619 is planned to be added to the school curriculum with the malign intention of brainwashing children with phony history.

This false narrative not only ignores or downplays the arrival of Christopher Columbus in 1492 but also the arrival of the Paleo-Indians who arrived from Siberia around 10,000 BC.

According to the NYT, this crude attempt at rewriting history “places the consequences of slavery and the contributions of black Americans at the very center of the story that we tell ourselves about who we are”.

They want to make slavery the central issue in the entire history of the United States, but they ignore the part played by Irish, Asian and other non-African slaves whose contribution to the building of modern America was much more significant than that of plantation workers.

As bonded laborers Irish, Chinese and press ganged British paupers, along with other non-Africans, built the trans-continental railways as well as working on the tobacco and cotton plantations alongside the slaves from Africa. (See here)

This rewriting of history by the NYT is part of the ongoing and escalating war against white Americans where they are being demonized in the mainstream media and on the Democratic Party primary election campaign trail.

They are also attempting to deny the fact that it was European settlers and their descendants that founded the Republic and were the driving force that built the America we see today.

This perversion of true history is being perpetrated by the ideologically driven, left wing establishment as part of their long planned ‘fundamental transformation’ of America. As we recall, this was a campaign soundbite of that pretender to the crown, Barry Soetoro, known to the world as Barack Obama. 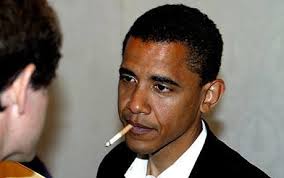 This articulate, telegenic, mixed-race speech reader with no history and a manufactured background was the front man for the deep state who have ramped up their anti-white rhetoric to hysterical levels since the election of President Trump.

Their ongoing project to transform America into a socialist state has been halted and put into reverse by the election of President Trump; this has forced them into evermore desperate measures which include the demonizing and denunciation of white people and the capitalist America they have created.

This demonizing and denunciation of white people is accompanied by accusations of white privilege, white supremacy, white nationalism and institutional racism which is used to delegitimize the very foundation and existence of America.

What the NYT propaganda deliberately ignores is the fact that slavery was abolished in 1865 after some 620,000 mainly white people died in one of the bloodiest civil wars in history. Combined with the civil rights laws of the 1960’s the American dream became available to all citizens regardless of skin color or the country of origin of their ancestors.

For the Democrats and the deep state to achieve their socialist dream it is imperative that black people retain their victim status and the plantation mentality along with their animosity toward white people regardless of whether they are the actual descendents of slaves, or Africans who arrived voluntarily as migrants seeking a better life.

The call for reparations by the Democratic candidates is deliberately designed to appeal to their anti-white, anti-American base and to stoke up interracial tensions even further.

Such is their hatred of capitalist America and its white history, it would suit their purposes to ignite a race war which they hope would result in its downfall after which they could build their beloved socialist state out of the wreckage.

Judging by the demographics of gun ownership this would be a massive miscalculation with grave consequences for themselves and their socialist dream.

For the benefit of the NYT, along with its readers and the rest of the world, the history of Africans in America covers a mere four hundred years while that of the Europeans is five hundred and twenty-seven years and that of the Paleo-Indians and their modern descendants some twelve thousand years.

The NYT Project 1619 is just another attempt by socialists and their fellow travelers to rewrite history in order to precipitate the downfall of capitalist America and the descendants of the white Europeans responsible for its founding.

Posted by Daniel Thomas at 8:04 AM