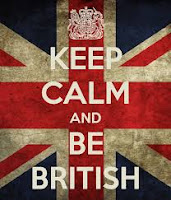 If it means raining on anyone's parade to keep the British people vigilant then so be it. When one looks at the EU's record on referendum results combined with a ruthless political establishment that is fanatically dedicated to the EU project, there is ample reason for the British people to keep their eyes wide open and their powder dry.

It's much too early to be celebrating Brexit on the basis of the recent referendum result. Great Britain is still very much a member of the United States of Europe and will remain so for the foreseeable future, and if the establishment gets it's way, for ever. In any event there is plenty of time for the establishment to operate a scorched earth policy and by accelerating integration make Brexit all but impossible.

As the euphoria dies down and the hangovers heal, opening the curtains has not revealed a sunlit new dawn of freedom from rule by unelected bureaucrats or control over ones own destiny; it does not mean an end to the $85 million per day membership fee, an end to job strangling red tape and, most importantly, it doesn't mean an end to open border mass immigration that was the signature issue during the campaign.

The result of the referendum was unequivocal; despite a campaign where the Remain side had unlimited resources and support from every British institution along with international conglomerates, merchant banks, fat cat businessmen, media moguls, an assortment of millionaires and billionaires, high profile celebrities and even the President of the United States of America, the majority of the British electorate had the temerity to vote Brexit and to leave the corrupt EU.

The EU project to replace the independent nations states of Europe with a single superstate has taken a generation of lying, deceit and dedication on the part of the global political elite and they don't intend to abandon it on the basis of a referendum. Previous referenda, including those held in France, the Netherlands and Ireland have been ignored or the electorate ordered to vote again until the 'right' result is forthcoming.

Calls by Parliamentarians to ignore the result are already echoing in the corridors of power while calls for a second referendum are becoming louder as each day goes by without the Brexit process being initiated.

If the politicians were serious about Brexit they would initiate the secede process immediately by activating Article 50 of the Lisbon Treaty; there is no reason not to unless there is an ulterior motive. Since the Brexit process can take up to two years or longer there is plenty of time for EU fanatics to engineer a project to keep Great Britain inside the union.

Prime Minister, David Cameron, a fanatical supporter of the United States of Europe, rightly resigned but refused to activate Article 50 leaving it to his successor. The process to replace him will take three months and is an internal matter for his party. The wishes of the British people are now subject to the internal wrangling of a political party that is by and large institutionally Europhile.

Should the Europhile Home Secretary, Theresa May, succeed Cameron she has declared without reason that initiating Article 50 should be left to the end of the year.

It must be noted that on March 31, 2017 final elements of the Lisbon Treaty come into effect including the rules on Qualified Majority Voting (QMV). In short this means that Great Britain loses control over forty-four vital areas of policy for all time.

The most relevant is Item 44 which refers to Article 50: Withdrawal of a Member State from the EU. This would make Great Britain leaving the EU subject to QMV and we can guess which way that would go. This is one reason for the prevarication by Cameron and the Europhiles and why the Brexit process must be initiated without further delay.

Another warning signal for the British people is the backsliding by Members of Parliament who led the Leave campaign which began the moment the result was announced. Brexit leader Boris Johnson being the first to reverse gear. Having spent months advocating an end to open border mass immigration, Johnson calmly announces that the free movement of people was inevitable and the British people should suck it up.

Like wise long time Eurosceptic Daniel Hannan along with the aforementioned Europhile Theresa May. They claim that access to the single market is essential for economic survival and that would be conditional on free movement of people across borders.

Most disturbing of all, and an indication that the Remain campaign is continuing unabated, is the initiation by the Remain camp of a coordinated propaganda campaign to paint those who voted to leave the EU as haters, racists and now the latest buzzword, xenophobes.

No decent person wants to be associated with racism, bigotry or violent crime, by associating this with the Brexit campaign the Europhiles hope it would encourage people to switch sides in a second referendum.

In conclusion, constant vigilance is essential if Brexit is to become a reality.

If the Europhile political elite can prevaricate until March 31st when the final elements of the Lisbon Treaty come into effect they would have further justification to ignore the result or let QMV prevent Brexit. A second referendum is also possible after an intense period of smearing Brexit with accusations of racism, 'hate crimes' and xenophobia.

The remote political class refuse to accept that the majority of the electorate want to leave the corrupt EU and when they say leave they mean leave, not associate membership, not the Norway or Swiss options, they mean leave the EU and all it's evil works, period.

Whether they activate Article 50 or not they will use every dirty trick in book in the interim period to keep their European superstate dream alive.

Posted by Daniel Thomas at 1:03 PM