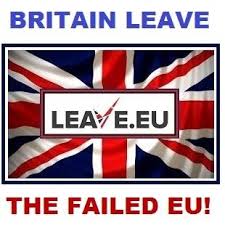 In 1973 the British people were deceived into joining what was then the Common Market by Prime Minister, Edward Heath, with the promise that it was nothing more than a benign customs union between the major nations of Europe.

The real intention to replace the independent nation states of Europe with a single post democratic state was to be kept from the people since their consent could not be guaranteed.

Sovereignty was to be transferred using a series of Treaties each being disguised as being of economic benefit. This was communicated to Heath by none other than one of the so-called founding fathers of the EU, Jean Monet:

"Europe's nations should be guided towards a superstate without their people understanding what is happening. This can be accomplished by successive steps, each disguised as having an economic purpose, but which will eventually and irreversibly lead to federation"

In what has become the standard method of modern political campaigning, those brave souls who opposed the establishment agenda and told the truth were demonised, vilified and smeared.

And so it came to pass, the treaties came as planned each falsely presented as being of economic benefit and national sovereignty was transferred piecemeal. Since the treaty of Paris in 1951, there followed the Treaty of Rome in 1957, the Merger Treaty in 1965, Schengen Agreement 1985, Single European Act 1986, Maastricht Treaty 1992 and the Amsterdam Treaty 1997.

Finally in 2007 came the Lisbon Treaty which is in reality the EU constitution. These treaties have created the European Central Bank, the Euro, the European Court of Justice and the European Parliament along with a European flag, a national anthem and will soon to be recognized as a state in it's own right by the United Nations.

The European Parliament cannot initiate or vote down legislation, this is the sole perogative of the unelected European Commission.

Consequently, and as planned, sovereignty has been transferred from democratically elected legislators in the national parliaments to unelected bureaucrats in the European Commission.

The mission started in 1951 by people such as Jean Monet has finally came to fruition by 2016. The people of Europe have been disenfranchised.

Europe is on fire, the whole superstate project has been a complete and utter disaster for the people of Europe except for the governing elite who enjoy unlimited power and the riches that bestows.

The British have a choice today to put an end to this misery by choosing freedom over tyranny which in turn will galvanize the rest of Europe to follow suit and bring the whole corrupt edifice crashing down.

If they choose subjugation then Europe will enter a new dark age of division and violent conflict made infinitely worse by adherence to a perverted ideology that guarantees poverty and serfdom for the many and untold riches for the few.