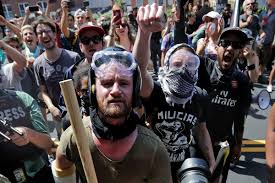 President Trump has been attacked by almost the entire political establishment on both sides of the Atlantic, including their associated media whores, who have gone into overdrive with their insults and smears.

Even senior members of his own Republican party, along with their very own media whores at supposedly fair and balanced Fox News, have been lining up to put the boot into the man they still cannot accept is the duly elected President of the United States.

One only has to watch the newsreels to see that President Trump was absolutely correct in his assessment that there was violence on both sides.

It is there for all to see that the  illegal gathering of the far-left extremists of Antifa, accompanied by a motley crew of other anti-American far-left loonies, came tooled up with baseball bats, helmets, shields and a home made flame thrower ready to violently attack the legal Unite the Right rally.

Any person with the minutest powers of observation will see this manufactured hysteria for what it is; i.e. part of the concerted campaign that started after his election in November 2016 to bring down the Presidency of Donald Trump.

Meanwhile across the Atlantic, there was an opposite reaction to the leader of Great Britain’s Labour Party who are currently ahead in the polls and would form the next government should there be a general election in the near future. 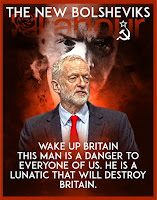 The life-long Great Britain hater, communist and anti-Semite, Jeremy Corbyn, couldn’t bring himself to condemn the violence being used by the socialist regime he championed to oppress the Venezuelan people. Instead he condemned the violence on ‘both sides’ even though the violence is perpetrated by the government only.


Jeremy Corbyn has also refused to condemn the violence perpetrated by the Irish Republican Army (IRA) during their murderous bombing campaign on mainland Great Britain during the 60’s, 70’s and 80’s nor the violence committed by the various Islamic/Palestinian terrorist groups he supports.

When the facts about the organised Charlottesville mini-riot became known, President Trump came out and condemned the violent behavior of the right wing loonies, the white supremacists and the KKK; Corbyn on the other hand, despite knowing the facts about his soulmates, steadfastly refuses to condemn the violence of the Venezuelan government, the IRA or his Muslim terrorist friends from Hamas, Hezbollah and the various Palestinian terrorist groups.

Being the weasel politician that he is, whenever Corbyn is confronted with a request to condemn the violence of his supporters and his favourite terrorist groups he resorts to condemning violence ‘on both sides’ to avoid answering the question as it should be answered.

Bearing in mind they used the same words, the reaction by the British establishment to Corbyn is in complete contrast to that of President Trump. He is smeared as a Nazi, a fascist, a white supremacist and a sympathizer of the Ku Klux Klan. Corbyn on the other hand is treated like a latter day Mother Theresa of Calcutta and despite his links with terrorist groups he is given saintly status as a morally superior pacifist and peacemaker.

Instead of trying to prevent this vile communist from taking office in the same way they are trying to overthrow President Trump, the political establishment in Great Britain and their media whores, led by the taxpayer funded BBC, are doing their utmost to put Corbyn into office regardless of the disastrous consequences that will surely follow.

In the real world outside the incestuous political establishment, the swamp, as it has been rightly labelled, President Trump is an American patriot who is fulfilling his promise to put the American people first and halt the meticulously planned ‘progressive’ agenda to destroy traditional America. 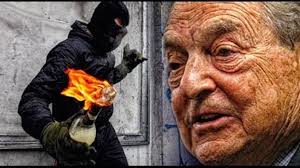 Unlike the evil genius George Soros, who is financing the various groups fighting to bring down America, President Trump is most definitely not a Nazi, neither is he a fascist, a white supremacist or a supporter of the KKK.

Jeremy Corbyn on the other hand is most definitely, a life-long communist, an anti-British traitor, a terrorist supporter and a vile Israel hating anti-Semite.

The British people must do what they think best at the next election and suffer the consequences if they are seduced into handing over the levers of power to Corbyn. 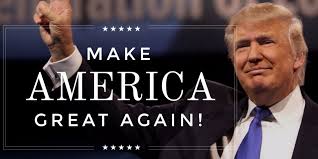 #MAGA
Posted by Daniel Thomas at 7:36 AM