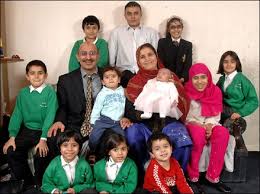 Socialists never cease to amaze with their ability to remain committed to their perverted ideology despite the evidence of its failure unfolding before their eyes. From Venezuela to Zimbabwe, from North Korea to Angola, socialism has only ever succeeded in bringing national bankruptcy, poverty and eventually bloody repression.

It never ceases to amaze either that supposedly intelligent, well educated people are so dedicated to their ideology they are blind to natural human instincts particularly with regards to families, children and the freedom to do as they please with the hard earned fruits of their labour.

A columnist for The Guardian newspaper, Abi Wilkinson, is one such ideologue who has suggested a 100% Inheritance Tax to fund the welfare state which has witnessed a deliberately engineered increase in dependency, along with rampant waste, fraud and abuse.

The appetite of the welfare state for ever increasing sums of money to fund its vote gathering operations will never be satiated even after the last drop of blood has been sucked from the taxpayer.

Like all socialists this Guardianista has endowed the welfare state with divine status as a pretense to confiscate the private wealth of individuals for redistribution in line with her ideology while ignoring the Venezuelan type disaster this will engender. (See here)

It's irrelevant to Ms. Wilkinson and her comrades that any assets and savings belonging to the long suffering British people have been accumulated after the government has subjected them to penal levels of taxation throughout their lives.

It would appear that being a slave of the government for 20 years to pay one's taxes isn't enough, they want the rest as well to finance their vote harvesting operation. (See here and here)

If the waste, fraud and abuse were tackled and eliminated there could be room for a tax cut as opposed to confiscating the life savings and property of private citizens who made the right decisions throughout their lives and saved for their retirement and their children's future.

Cutting the welfare budget, or any government spending for that matter, would be inconceivable to the likes of Ms. Wilkinson who would prefer the abuses to continue as opposed to shrinking the budget and returning the money to those who earned it in the first place.

One of the greatest fears of the socialist/communist/liberal community and the political class is working people being prosperous to the point where they are financially independent of government.

This independence would rob them of their reason to exist making them irrelevant and without the power to lord it over others. It would also rob them of a very lucrative career in 'public service'.

Thus the political establishment and its agents do everything in their power to prevent working people getting ahead by using penal levels of taxation and increased dependency on government.

Like other government run programs the welfare state has been changed from a safety net into a taxpayer funded free for all for fraudsters, cheats and politicians who use it as a political football at election times in order to secure votes by bribery and thus retaining their seats on the gravy train.

In the meantime millions of genuine claimants find it increasingly difficult to get past the complex bureaucracy to get a timely adjudication and much needed relief from their desperate situations.

To illustrate the point there follows a few examples of the waste, fraud and abuse that Ms. Wilkinson and her ilk want financed by the confiscation of people's assets and life savings.

Shukri Yusuf had no such difficulty getting past the complex bureaucracy to defraud the taxpayer by posing as a single mother to claim $127k. She committed this fraud to fund her children's private schooling. (See here).

Mother of four, Rejiya Mukith, had no such difficulty either when  fraudulently obtaining some $44k to move to a more affluent location with better schools for her children. (See here)

Kurdish illegal immigrant, Kerim Koroglu, who smuggled himself into Great Britain on the back of a truck had no difficulty swindling $40k. (See here)

These individual cases of fraud and abuse are small examples of a massive industry which is costing the taxpayer anywhere between $6 and $12.5 billion.(See here)

The welfare benefits bill for London alone is a staggering $45 billion which is bigger than the whole defence budget. (See here)

Waste, fraud and abuse, along with twisted priorities, are the hallmarks of most government departments and there doesn't appear to be any serious attempt to tackle the problem and restore some integrity to their obviously flawed systems.

With a minimum of research it's relatively easy to highlight the flaws in the system and point them out in an article such as this. It's also relatively easy find some solutions to tackle them and give the abused taxpayers a break.

The Kurdish illegal immigrant mentioned above had been in the country for six years after being refused asylum. Deport all those who have been refused asylum.

People are coming from abroad in their droves to use the National Health Service (NHS) then returning home without settling their bills. Before treatment is administered, evidence of insurance should be mandatory or payment up front.

Open border mass immigration is costing the taxpayer some $21 billion. Much of this is from non-EU countries over which the British government has control. Until Brexit is finalised there should be a moratorium on non-EU immigration with a points based system thereafter. (See here)

Nobody should ever be accepted into the country without any means of support to enjoy a life on welfare benefits financed by the British taxpayer. 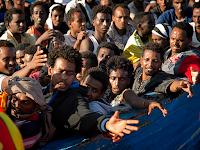 Suggestions such as these are practical for any government that have the interests and wellbeing of the British people in mind and the political will to implement them.

They are also the kind of common sense suggestions that would cause the heads of Abi Wilkinson and her comrades from the socialist/communist/liberal community to explode in a shower of  red flags and mushroom fertilizer.

I've come to stay forever- not to work