Socialists in Spain Put Their Twisted Logic on Public Display 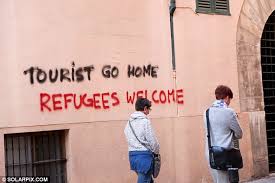 Recent news that a group of young socialists in Spain are harassing revenue generating tourists and comparing them with terrorists while welcoming refugees is both laughable and disturbing in equal measure.

What’s laughable is the logic that wants to ban an industry that accounts for 12 percent of the entire Spanish economy and generates 16 percent of all Spanish jobs while unemployment stands at 17.8 percent with youth unemployment at a staggering 39 percent.

What’s disturbing is the fact that these young people are so brainwashed by their ideology they fail to see the flaw in their economic reasoning let alone the lunacy of painting tourists as terrorists while welcoming tens of thousands of potential terrorists into their midst who will put their safety in jeopardy and contribute nothing to their economy.

The irony is that while they agitate against visitors to their own country and put out the welcome mat for third world refugees, the exodus of talented young Spanish people to other countries is increasing at an alarming rate.

This is population and cultural replacement in all its glory so it’s all going to plan for UN/EU global elite. These evil geniuses won’t be happy until Spain has reached the same depths of violent multi-cultural depravity as Sweden, Germany, Belgium etc.

On the Spanish island of Majorca the campaign against tourists has been labelled as an uprising coupled with an invitation for the uncommitted to join the combat.

In another act of supreme irony missed by Arran, the toy town revolutionaries leading the uprising, they tweeted “We are sick of the occupation of public space in the neighborhood by tourist companies. We must act! Join the combat!”

Either they are unaware or deliberately ignoring the occupation and trashing of public spaces in major cities and towns across the European Union by tens of thousands of homeless, incompatible refugees many of whom bear malice toward anyone not of their own community. 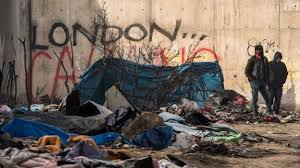 For obvious reasons Spain is not the destination of choice for immigrants and economic migrants searching for a better life and as a consequence they have not suffered the levels of immigration per head being endured by other members of the EU.

It must be noted at this point that some tourists, mainly from Great Britain and mainly from the younger generation, engage in such appalling public behavior they do actually degrade neighborhoods and invite the odium of local people.

They play into hands of groups like Arran and give all tourists a bad name. The blame lies partially with local law enforcement for tolerating such behavior and also with British parents who have raised inconsiderate, ignorant slobs with no regard for anyone other than themselves.

Although inexcusable, this behavior pales into insignificance compared to the rioting, rape and murder being experienced in cities across Germany, France, Italy, Ireland, Great Britain etc. which is making life a dangerous misery for those condemned by their governments to endure it in ever increasing doses.

In conclusion, Spain is indeed experiencing an influx of tourists that do have a massive impact on communities, some of it undesirable. However, this source of revenue and jobs must be infinitely preferable to an invading army of destitute third world economic migrants and potential terrorists who will contribute very little if anything to the Spanish economy and increase the descent into third world status.

'Tourists go home': Why you are no longer welcome in Spain.