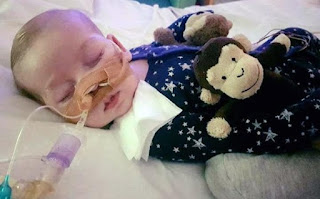 Whether it was the revenge of a bitter and twisted John McCain or the treachery of his colleagues in the Senate is of no consequence now. Despite acknowledging that Obamacare is a disaster for the American people they voted for it to remain the law of the land.

Their health and wellbeing doesn’t even register on the political radar when it comes to a self-serving political class who are immune from the disasters they impose on others.

After spending seven long years making solemn promises to repeal and replace Obamacare they reneged on those promises knowing that it would fail, as it was designed to do, thus paving the way for a government run single payer system, better known as socialized medicine.

It’s fair to assume that these Senators and Representatives knew the consequences of their action and therefore find the nationalization of the healthcare sector acceptable.

For the multitude of socialist/communists/liberals that infest the Congress this support for socialized medicine is a godsend which moves them closer to a core tenet of their perverted ideology.

The real treachery lies with those legislators who profess to be the champions of individual liberty and free enterprise but voted to inflict a healthcare nightmare on their constituents.

The American people need only to look as far as the National Health Service (NHS) in Great Britain to understand the disaster that awaits them.

This 70-year old bureaucratic monolith has been given divine status, the questioning of which is considered blasphemy of the very highest order. Even minor questioning of its inefficiencies and failures is taboo and leaves the brave dissenter open to vilification and smear.

As is the case with any entrenched long standing bureaucracy they take on a life of their own and become a law unto themselves. The health and wellbeing of the nation come a long way down the list of priorities behind self-preservation, political correctness and an endless demand for ever increasing sums of taxpayer money.

The Sad Case of Charlie Gard:

These bureaucrats are without emotion or empathy and intoxicated with their own power. This includes the power of life and death as the recent heart breaking case of baby Charlie Gard testified.

Baby Charlie suffered brain damage because of a condition called encephalomyopathic mitochondrial DNA depletion syndrome (MDDS). Doctors said Charlie cannot breathe without a ventilator and should be taken off life support and allowed to die. The Courts agreed that baby Charlie must be put to death. 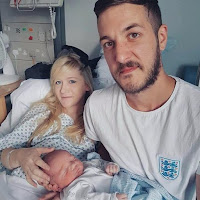 Charlie’s parents however fought to keep Charlie alive so that they could take him to the USA for an experimental treatment that has previously helped a child suffering the same condition with some success.


Despite the fact that an American doctor has offered to treat Charlie and his devoted parents raised private money to finance the treatment, the bureaucrats refused to release him and insisted Charlie’s death sentence must be carried out.

The Vatican and President Trump intervened on Charlie’s behalf but the bureaucracy steadfastly refused. These inhuman creatures even refused a final request that Charlie be allowed home to die surrounded by loved ones.

The following are some brief points the American public and their legislators need to be aware of before they adopt government run healthcare:

There are no Choices or Treatment Options:

The utter contempt of the bureaucrats that run Great Britain’s socialist healthcare system for the parents of sick children knows no bounds and the case of Ashya King demonstrates the extraordinary lengths they will go to in order to exercise their power over the people they are meant to serve.

Briefly, the parents of 5-year old Ashya King had the temerity to disagree with medical staff over treatment for their young son’s brain tumor. They preferred proton therapy as they considered it less harmful than conventional radiotherapy. The NHS didn’t provide proton therapy in Great Britain but had funded treatment abroad in the past.

In this case they did not support Ashya being moved and in response the parents removed him from the hospital and took him to abroad for treatment.

The NHS bureaucrats instigated an international manhunt which resulted in the parents being arrested and banged up in a Spanish jail while the boy was sent to a local hospital for treatment.

In this case the High Court agreed with the parents and allowed Ashya to receive proton treatment in Prague, Czech Republic and he is now cancer free.

Due to its complexity, calculating the number of employees is not an exact science, however the NHS is a labyrinthine behemoth employing an estimated 1.8 million people of which 46-48% are not clinically trained. They fit somewhere in the following bureaucratic jungle. Some of these boxes are bureaucratic jungles in their own right. 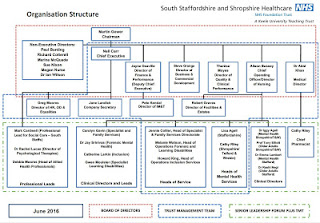 Healthcare provision for the British people is a low priority for so-called healthcare professionals who use the bureaucracy they created to loot the NHS for their own enrichment.

Unlike the private sector it is virtually impossible to offload surplus staff or dismiss anyone for non-performance or any other reason short of murder.

Four thousand staff rehired after being made redundant.

More than 600 super bureaucrats are on six-figure salaries plus expenses.

Since its inception the NHS bureaucrats and agenda driven politicians have been lobbying the government for evermore injections of taxpayer money. No matter how much is poured in it is never enough. Improving efficiency and cost effectiveness by reforming the archaic processes and procedures is beyond the imagination and capabilities of politicians and the entrenched career bureaucrats.

Despite this permanent shortage of cash, there is always plenty available to finance vanity projects and the imposition of politically correct imbecilities.

With a complete disregard for the taxpayer every hospital was ordered to change its logo by NHS ‘identity managers'. I’m sure the public will be interested to know that there exists 'NHS identity teams' using up precious resources that could be used for proton therapy for children as needed by the aforementioned Ashya King. (Read about this waste of resources here)

The following is an advertisement for a part-time for Assistant Director of Equality and Diversity at Central Manchester University Hospitals NHS Trust. Salary $56,000 - $69,000.This is more than is earned by a Captain in the British army, and about the same as a Major. If this is what a part-time assistant earns the person in charge must be making a fortune.

Typical of all taxpayer funded, government run enterprises, political correctness is more important than the service they provide or the needs of the patient. The job description for the above mentioned vacancy is a howler and says it all about the PC culture that infests the NHS.

“You’ll look to continually develop programmes that deliver our Equality, Diversity & Inclusion Strategy 2015 – 2019, which sets out a powerful vision: valuing the voices of diverse people to be the best we can. It’s a chance to lead and champion the development and delivery of all aspects of our equality and diversity work. This senior role will see you deputising for the Associate Director of Inclusion and Community, including working with external partners to advocate for the areas of Access, Community Partnership and Equality. You’ll also establish strong monitoring arrangements so we can track our progress.”

(Read about this scandalous waste here)

In conclusion: The inefficiency, waste, fraud and abuse is endemic with little or no appetite by the government or the NHS bureaucrats to reform or modernize the system in the interests of the long suffering public.

The American public should learn from their British cousins as their legislators vote to put an army of impersonal, self-obsessed, all powerful bureaucrats between them and their doctor.

This 1.8 million strong out-of-control, money hungry behemoth caters for a population of only 65 million, one can only wonder what a similar system would be for their population of 323 million.

Follow the links for further reading on the subject:

Baby Charlie shows the system for the monster it really is.

If we were British our son would be dead.


Addendum including a case history:


The Cases of Warren Hench and Charlie Gard

Warren was a close friend of many years and I was involved with him throughout his illness and eventual demise. He was in total control of his healthcare and treatments at all times right up until his passing.

Warren was a 62-year old businessman and former US marine noticed pink in his urine but ignored it for a year before seeking treatment. He was diagnosed with Stage IV prostate cancer and advised by his doctors to seek hospice care and do anything on his bucket list while he was still physically able.

He was having none of it; instead he did his own research and found a sympathetic doctor who put him touch with a medic involved in prostate cancer research. He volunteered for experimental treatment and lived a quality life for three years before his cancer started to return.

This doctor knew of others in the prostate cancer research field that was developing treatments which were still in the experimental stage. He volunteered and enjoyed another two years of quality life, including being fully engaged in his three businesses, before again his cancer started to return.

Once again he was advised to seek hospice care and prepare for the end.

He refused and volunteered three further times for experimental treatments since his cancer kept returning as the various treatments became ineffective over time.

He finally succumbed after 10 years of quality life with family and friends. It also allowed him time to arrange for his businesses to continue after his passing.

The conclusions that can be drawn from this case:

He should have seen his doctor immediately he noticed a problem with his urine. The time delay allowed his condition to deteriorate.

If he had he left it to the medical experts he would have died in a hospice 10 years too soon.

If he had he been a baby or senile the medical experts would have condemned him to death earlier than need be.

He died at home surrounded by his family and friends.
The contrast with Charlie Gard.

The seven month delay arguing in the courts allowed his condition to deteriorate past the point where he could be helped. If he had underwent the experimental treatment sooner it could have worked in his favor.

The medical experts don’t always get it right and his parents were entitled to explore every option for their son.

The experimental treatment on offer had helped other children with a similar condition in the past.

Warren himself made the all decisions regarding his own treatment and in many cases going against the advice of the so-called medical experts.

As he requested Warren died at home surrounded by his family and friends unlike Charlie whose parents were refused permission to take him home.

As debate over Charlie continues it is my opinion, and that of many others, that treatment options, especially life and death decisions, should be taken by the patient and in the case of babies and young children by the parents.

Posted by Daniel Thomas at 4:19 PM