T. May Acts Against ISIS - Welcomes Them Home For A Spot of Rehab 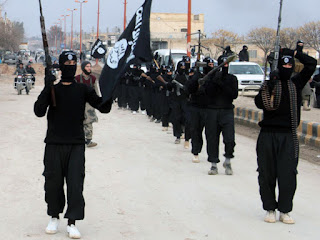 One has to wonder what goes on inside the heads of politicians especially those that laughably refer to themselves as ‘progressives’; they say and do the dumbest things that not only defy logic but pose a clear and present danger to the public they are supposed to be protecting.

Putting out the welcome mat for battle hardened jihadists returning from the killing fields of the Middle East and Africa as if they have been on vacation then thinking they will reform their murderous ways after a stint in a rehabilitation clinic is another classic example.

Barely two months ago on 4th June after 28 were people murdered and almost 300 injured by Islamic terrorists in Manchester and Westminster, British Prime Minister, Theresa May, declared on the steps of 10 Downing Street that there has been “far too much tolerance of extremism” in the UK and added that “enough was enough”. (Watch and read her platitudes here)

In reality it was the political class and the establishment that had tolerated extremism for decades by allowing sharia controlled no-go ghetto areas to proliferate and fester across the country which not only allowed preachers of hate to regurgitate their hatred of the west but also acted as recruiting grounds for ISIS and other terrorist groups.

It was Mrs. May herself who declared that some British citizens would benefit greatly from sharia law.

The queen of the soundbites and slogans, Mrs. May’s ‘enough is enough’ is matched only in its paltering deceptiveness by her now infamous ‘Brexit means Brexit’, which as the British people know to their cost has been diluted to the point where it's Brexit in name only and kicked so far down the road its almost out of sight.

Mrs. May and her government have taken no action that matches her words except curbing the people’s  right to privacy by monitoring their Internet browsing and taking steps to combat so-called ‘far-right extremists’ which happens to be anyone that opposes the imposed Islamification of their country.

The politicized 'police service' have been ignoring the Muslim grooming gangs that have been raping under age white girls on an industrial scale but spend their time and resources monitoring Twitter and Facebook to search for so-called Islamophobic hate speech to which they laughably claim to have zero tolerance. 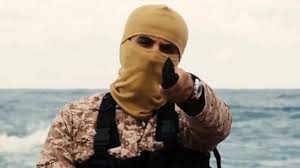 If the best the government can do is to allow these seasoned killers to return and send them to rehabilitation clinics then they are ignoring the reality of a potentially lethal situation for the British people.


As the battle against the Islamic State in Iraq and Syria (ISIS) turns against them, the chances of the British and European jihadis dying an ignominious death in some flyblown desert dung heap are greatly increased; therefore they are using their western documentation to return to the country of issue.

It’s not that they fear death; it’s the ‘ignominious death in a dung heap’ they are scared of. They would much rather go out in a blaze of glory taking as many infidels with them as possible to guarantee martyrdom status and seventy-two virgins in paradise.

Since the leaders of ISIS along with other affiliated Islamic terrorist groups have announced their intention to repatriate their jihadis one would think that the political class would take note and put the safety and security of their citizens first by preventing their return.

According to the security services and military intelligence, anywhere between 300 and 500 jihadis have already returned 'home' to Great Britain, a further 3,000 potential terrorists are under investigation and a mind boggling 23,000 jihadis are living freely in Great Britain. (See here)

Using the powers at their disposal and revoking their citizenship thus preventing their return is way too easy and logical for these agenda driven ‘progressives’ and their fellow western culture hating disciples. Instead they use the human rights scam as the reason to allow them back into the country to maim and kill at a time of their choosing.

Only in the twisted mind of a ‘progressive’ can the rights of sub humans who have publicly tortured and horrifically murdered anyone who is not a follower of Islam be they men, women, old, young, black white be given a higher priority than law abiding citizens.These animals are beyond rehabilitation.

The jihadi returnees are also using the opportunity to encourage other Muslims to murder nonbelievers in the name of Islam.

The politicians refer to this radicalization as if the mind of a pure and benign moderate Muslim has been stolen and poisoned against the western world. The truth is that jihad is in their DNA, children are brainwashed from birth by their parents with the requirements of the Koran to convert, enslave or murder Jews and nonbelievers.

They are already radicalized by the time they start attending the mosque to be exposed to the demented anti-western rantings of an imported preacher of hate or the local imam.

There have been no significant changes in policy toward militant Islam since 7th July 2005 when fifty-two people were killed and over seven hundred injured after Muslim terrorists attacked the London Transport system.

Preachers of hate are still allowed into the country to rabble rouse unimpeded by the authorities. Sharia law is slowly being accepted and illegal female genital mutilation is still being performed with no prosecutions.

Similarly, illegal child marriages are still performed with no repercussions; no-go Muslim ghettos are still allowed to proliferate and fester and battle hardened jihadis are being allowed to return with their religious zeal and blood lust intact. (See here)

No amount of rehabilitation is going to cure the hate and blood lust of these highly motivated seasoned killers and no amount of prison time is going to de-radicalize a born to kill jihadi.

It's not just Great Britain that's suffering from an overdose of  imbecility, things are just as crazy across the Atlantic where some genius in the United States has taken a leaf out of Great Britain's book of political stupidity and suggested a 'Hug a Jihadi' program to prevent radicalization as well as testing a post prison experiment to rehabilitate a Somali ISIS supporter.(See here and here)

Good luck with those two pieces of nonsense and if that's all the politicians can come up with to protect the law abiding public may the Lord have mercy on us all.

Posted by Daniel Thomas at 5:16 AM