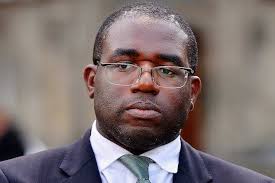 Looking at the quality of MP’s that infest the Palace of Westminster it’s no wonder that the British people have lost all respect for their Parliament and the democratic institutions that were once the envy of the world.

A convicted criminal wearing a police monitoring tag using her casting vote to stop Brexit was a scandal that outraged the nation, but unlike the result of the Brexit referendum there was no call for a second vote to overturn the first. (See here)

Another Right Honourable Member that tarnishes Parliament is the terminally thick, white hating racist Dianne Abbott. This embarrassment is the Shadow Home Secretary who could become the fourth most powerful official in the land behind the Prime Minister, the Chancellor of the Exchequer and the Foreign Secretary should her party win the next general election.

Both Houses of Parliament are crammed to its ancient rafters with taxpayer funded crooks, expense cheats, perverts, serial liars, traitors and an assortment of other undesirables that would be unemployable outside the incestuous political bubble.

What is most annoying is that despite being legislators the same laws do not apply to them especially where ethnicity, race or religion is involved.

The latest outrage involves the Member for Tottenham, David Lammy. Notorious for being thicker than two short planks, it's a toss-up between him and Dianne Abbott as to which one is the dumber.

Despite harbouring a visceral hatred of both Great Britain and white people he was given a platform to spew forth his bile on national television by the taxpayer funded BBC.

Ignoring the referendum result to leave the European Union, and despite it being his own party’s official policy, David Lammy believes that politicians and people who support Brexit are white supremacists comparable with Hitler and the Nazis.

He also likened them to the Apartheid regime in South Africa. When asked to retract such an incendiary charge he refused, claiming his comments were not strong enough. (See the story here)

As can be expected from a far-left ideologue, he also suggested that the BBC and other broadcasters deny Brexit supporters a platform to make their case.

By the governments’ own criteria this is hate speech and incitement and should be prosecuted, but as we have learned to our cost and annoyance these laws only apply to white people.

David Lammy is an archetypal racist who is totally obsessed with skin color where white people and Great Britain are to blame for every ill both at home and across the wider world. His obsession and visceral hatred are bordering on hysteria and many suggest he needs help, not airtime on the BBC.

Just as a dog that is born in a stable is not a horse, David Lammy is not British by any stretch of the imagination. Nobody who hates Great Britain so much could possibly want to be a citizen.

He has a limited knowledge of British history and only seems to recall the instances that show the country in a bad light.

He loves to talk about British involvement in the slave trade but never mentions William Wilberforce or the outlawing of slavery by the British Parliament in 1772 at home and 1833 across the Empire.

When his knowledge of history doesn’t fit his anti-white narrative he simply makes it up.

According to Lammy one million Indians sacrificed their lives during the second world war for the European Union project which didn't come into existence until March 1957.

To invent a narrative about his poor upbringing Lammy claimed his family were reliant on tax credits. These came into force when he was thirty-one years old.

Examples of Lammy’s lack of knowledge and obsession with skin color could fill the British Library so here are a few classics to enjoy.

Henry the VIII was succeeded by Henry VII.

Marie Antoinette won a Nobel Prize for her work with radiation therapy.

The black and white smoke at the Papal Conclave is racist.

It’s fun to laugh at this idiot but there is a more serious side that the British people are reluctant to point out for fear of being labelled as a racist or even a Nazi. I am none of these things, but I accept this kind of slander as an occupational hazard.

The truth is that David Lammy uses his black privilege and the immunity from prosecution that comes with it to express in public his obsessive hatred of white people and Great Britain. The fact that this guy is a legislator in the Mother of Parliaments is an indication of its decline and why it is held in such total and utter contempt by the British people.


Associated items for your pleasure:


Enjoy watching the idiot on LammyVison.


Lammy, Are We All Nazis?

Posted by Daniel Thomas at 9:42 AM