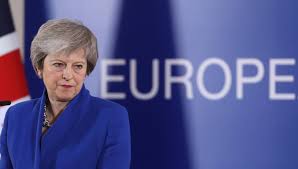 Freedom loving Brits and patriots watched in cold fury as their treacherous representatives used dodgy legal mumbo jumbo and every arcane procedural trick in the book to reverse the result of the Brexit referendum and hand over their country lock, stock and barrel to a cabal of unaccountable foreign bureaucrats in Brussels.

One would have thought with the very existence of the nation as an independent, sovereign state at stake these professional, career politicians would be able to hold a grown-up debate and use empirical evidence to make their case.

Instead we were treated to a series of inarticulate charlatans barely able to string a coherent sentence together repeating tired soundbites and apocalyptic predictions designed to stir up hysteria and fear of Brexit.

The facts speak for themselves but were downplayed or ignored by Parliament:

Great Britain is the fifth largest economy on the planet.

It is the third largest contributor to the European Union budget.

It contributes more than the nineteen smallest contributors combined.

There is an eighty billion pounds trade deficit in the EU’s favor.

It is Germany’s biggest trading partner.

It is a nuclear power with a seat on the UN Security Council.

It is the head of the Commonwealth of Nations who are eager to restore trading relations.

Trade deals with the world's biggest economies are on offer including with the USA, Japan and China.

In addition to this, the Eurozone is an economic basket case which would have collapsed long ago but for the money printing madness of the European Central Bank along with the debt buy-up and loans to insolvent countries. (See Eurozone Crumbles here)

The German and French economies, the biggest in the Eurozone, are tanking while the British economy is booming despite the avalanche of growth strangling regulations and red tape from the Brussels bureaucrats.

Despite this powerful curriculum vitae and leverage, according to the peoples’ Parliament, Great Britain is to too weak and pathetic to survive in the globalized world unless it hands over the governance of the country to a corrupt political union. A political union that is run by unelected bureaucrats and which is collapsing under the weight of its own inefficiency.

Leaving the corrupt and failing European Union without handing over the governance of the country to these unaccountable bureaucrats in Brussels is constantly referred to as ‘crashing out’ accompanied by apocalyptic predictions of catastrophe and economic Armageddon.

Since all previous predictions of catastrophe have proved to be false, designed only to promote a fear of leaving the European Union, it is obvious that leaving without a surrender document is what the globalists and their puppets in Parliament fear the most.

Keeping Great Britain subject to the laws and diktats of the European Union while giving the impression of leaving allows for re-entry by stealth down the road when the heat has died down and the news cycle has moved on. (See Ultimate Treason the Plot Within here)

Leaving under WTO rules is nothing to fear and it does free Great Britain from the European Union and its jurisdiction totally closing the door to a surreptitious future re-entry.

The European Union is an economic and cultural disaster area and by his own admission ‘His Excellency’ President Jean-Claude Junker* has stated that the European Union project is failing and has already seen its best years. The only reason it is limping along in the 21st century is because of its increasingly totalitarian nature and the bullying of member states. (See Europe's Glory Days at An End here) 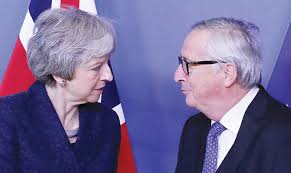 The decades long iron grip of the megalomaniac German Chancellor, Angela Merkel over the European Union has been loosened by the Brexit vote and by the rise of Eurosceptic parties across Europe. In typical EU fashion this revolution has not prompted any introspection or review but a hardening of attitudes toward dissent and a descent into further authoritarianism.

During the debates in Parliament it was revealed by the Speaker of the House of Commons that sixty-five percent of British laws come from the EU and that European Union law trumps British law.

It was also revealed by the Attorney General that Prime Minister Theresa May’s Withdrawal Agreement and Political Declaration will be a signed and sealed Treaty and therefore subject to international law.

The Agreement/Treaty, universally known as the surrender document, will legally bind Great Britain to the EU laws and regulations and subject to the jurisdiction of the European Court of Justice indefinitely with no unilateral means of escape.

As it has pointed out already, this is the sort of agreement a nation signs when it has been defeated in war.

As the British ruling class overturn the result of the biggest exercise in democracy in British history and ignore two of the biggest mandates ever given to the political elite, the British people have been disenfranchised and forced to handover what’s left of their sovereignty and become a vassal province of a failing empire.

The conclusion is obvious and dangerous to democracy and the well-being of the political elite that has destroyed it; once a nation’s sovereignty has been surrendered to the EU it cannot be taken back by peaceful means. So politicians beware, you've brought the coming storm down on your own heads.