Theresa May – Scorching the Earth for Her European Masters 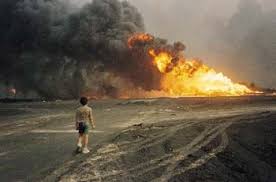 From Sherman’s march to the sea during the American civil war to Saddam Hussein’s destruction of the oil fields during his retreat from Kuwait, history is littered with examples of the scorched earth strategy which was designed to destroy anything that could be useful to an enemy.

This is exactly the strategy being employed by British Prime Minister Theresa May and the British Parliament in order to protect the European Union from a free and prosperous Great Britain operating outside its control.

As a result of their contempt for the British people’s desire to restore Great Britain as the independent country their ancestors died for, respect for Parliament and its institutions has all but evaporated.

Undeterred by the collapse of support for her own Conservative Party and its headlong rush into electoral oblivion Mrs. May refuses to change course and remains in coalition with the communist led Labour Party in order to get her surrender document through Parliament.

If the latest polls are to be believed Mrs. May would rather hand over the reigns of power to this anti-British gang of communists than let Great Britain become a stable and prosperous, independent country outside the clutches of the European Union autocrats.

Mrs. May has been warning the country for years that this anti-Semitic, Marxist run Labour Party would wreck the free enterprise economic system, impoverish the nation and make Great Britain ungovernable in the process.

Outside of the Brexit betrayal, Mrs. May and Parliament are using political correctness to curtail freedom of speech, taxing and regulating enough to shame a socialist, imposing multi-culturalism on a people that weren’t consulted and embedding the practices of Islam under threat of prosecution.

Respect for Parliament and Great Britain’s democratic institutions is disappearing along with respect for the justice system and the forces of law and order.

In an unforeseen development which would have major repercussions for the system of government and social stability, respect for the Monarchy is also disappearing. Apart from Her Majesty the Queen, the rest of the Royal Family are viewed as dysfunctional and lacking the gravitas and loyalty of the current much loved and respected Queen. It’s becoming the prevalent opinion that after she passes away respect for the Monarchy will evaporate altogether causing a major constitutional crisis.

All this upheaval plays into he hands of the European Union and its supporters in the British ruling establishment who are so dedicated to their empire building project they would rather see Great Britain become an ungovernable, failed state than succeed outside of their control.

That is scorched earth in anyone’s book.

Posted by Daniel Thomas at 2:44 PM