Lying Politicians - It Doesn't Get Worse Than This 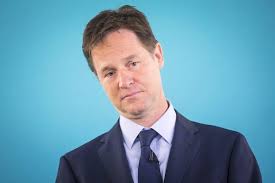 Politicians telling lies to win an election is a recent phenomenon. In a more innocent era telling the truth was a virtue drummed into children by a generation of God fearing parents. Telling lies, even the tiniest little fib, was frowned upon attracting immediate punishment along with threats of more blood curdling punishments in the hereafter.

Sadly these are not so virtuous times and we are worse off for it. Lying has been normalized by a  political class who consider it to be a legitimate tool to use in the pursuit of power.

No one is surprised when a politician is caught lying, instead we expect it of them. It has become so bad that we assume they are lying every time they open their mouths to speak.

We also assume the heartfelt promises made during an election campaign will be broken the moment the last votes are counted and the gravy train pulls out of the station.

In a bygone age a politician caught in a lie could expect sanctions at the very least or an end to their career at worst. Now there is no sanction so they lie as a matter of course and go without punishment free to carry on with their deceit.

This assertion will undoubtedly attract accusations of exaggeration or hyperbole but I encourage the viewing of a short montage the evidence of which should keep old Nick busy when these charlatans finally shuffle off their mortal coils.

The Brexit referendum and its aftermath has brought out the worst of the political class, they are completely and utterly without shame.

Every politician in this montage, which includes former Prime Minsters and Government Ministers, has done exactly the opposite of what they promised during the referendum campaign. Watch and despair.


Liars The Lot Of Them - Broken Promises

The image above is Sir Nick Clegg. He was the former Deputy Prime Minister under David Cameron and a former leader of the Liberal Democrat Party.

A committed globalist, he was a consummate and pathological liar of the very highest order and does appear in the montage. He was the former Member of Parliament for Sheffield Hallam but was voted out in the general election of 2017.

One would think that with his record of shameless lying he would be unemployable but he was snapped up by Mark Zuckerberg and is now employed by Facebook in California, USA.

Posted by Daniel Thomas at 7:19 AM