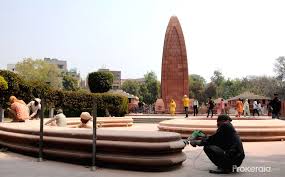 The weekly session of Prime Ministers Questions from the House of Commons is supposedly an opportunity for the Leader of the Opposition and ordinary backbench MP’s to question the Prime Minister on any topic of concern.

Since the proceedings were televised in November 1989 the event has become a choreographed piece of theatre where questions are submitted in advance and the answers scripted to make the Prime Minister and the Members look good.

It is also an opportunity for the politicians to virtue signal to the core voters in their constituencies and to burnish their ideological credentials on the national and international stage.

Before the first question is asked it has become customary for the Prime Minister to make a virtue signaling statement by remembering some anniversary or commemorative day to give the impression that they care about something close to their hearts.

With her Brexit policy in a shambles and her government in total disarray Theresa May opened the last session with an apology for the Amritsar Massacre committed by the British Raj in India a century ago.

Since former Prime Ministers David Cameron, Tony Blair and Gordon Brown have already apologized for the Amritsar Massacre and the fact that Mrs. May couldn’t care less about events in India a century ago this was deflection from her current problems and a cynical use of an historical event for personal and political ends.

By bringing up this dark event in British history yet again she is burnishing her compassionate credentials and signaling to the world that the British and their Empire are responsible for the all the misfortune that ails the world today.

This continual apologizing for misdeeds of our ancestors only entrenches the dislike of the British by foreign powers who are convinced that the British people still have a superiority complex from their glory days and need bringing down a peg two. The European Union being a classic example whose contempt and dislike for the British is palpable.

Worse still, this continuous hand-wringing and faux repentance is leading to demands that reparations be paid to people with no legacy of hurt from the Empire and as penance for actions committed centuries ago.

In Prime Ministers Questions last year Mrs. May marked the anniversary of the Finsbury Park mosque attack where, sadly, one person was killed and nine injured by a nutcase with car.

I have never heard Mrs. May remember in Parliament Fuselier Lee Rigby who was brutally murdered by Muslims outside a London school in May 2013.

If she really wanted to atone for historical wrong-doing she could have apologized for the Clifford Tower massacre where the entire Jewish population of York were wiped out in 1190 or the horrific massacre of the Scots at Glencoe in February 1692.

The St. Brides Day massacre of the Danes by Ethelred the Unready in 1002 remains a dark stain on British history which would have solicited an apology if Mrs. May and the political class were chasing the Danish vote.

Apart from virtue signaling to the world, the act of tarnishing the image of Great Britain by apologizing for past wrong-doing is a cynical appeal for votes from a target community.

The Indian and Muslim communities in Great Britain are big enough to influence the outcome of elections hence remembering the Amritsar massacre and the Finsbury Park mosque attack.

The Jewish and Danish communities on the other hand are small and therefore massacres involving them is not worth a mention.

As a patriotic Brit I will acknowledge that the British Empire was not as pure as the driven snow and I regret the terrible event at Amritsar but the Raj was no worse, and in many ways better, than any other imperial power during their time in history.

On the contrary there were many positive outcomes from the British Empire from which billions of people around the world are still benefiting to this day.

Posted by Daniel Thomas at 2:53 PM