Politicians Ignore VE Day But Not The Royal Baby Or Ramadan 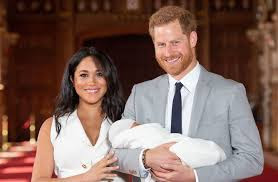 On the evening of May 8th, 1945 General Alfred Jodl signed the instruments of surrender in Berlin ending World War II and the German thousand-year Reich that lasted barely twelve years.

Known as VE Day or Victory in Europe Day it used to be regarded as a day of joy and celebration but now it is totally ignored by the political class and the establishment.

During Prime Ministers Questions today (Wednesday May 8th) it didn’t even merit a single mention from any of the charlatans that infest the House of Cowards in Westminster.

In what has become a tradition, the Prime Minister makes an opening statement prior to the first question and she began, rightly, by making a tribute to Guardsman Mathew Talbot who was killed while helping with anti-poaching efforts in Malawi.

One would have thought that her tribute to Guardsman Talbot would lead to a commemorative statement marking VE Day but as a dedicated Europhile Theresa May is no lover of Great Britain or its glorious past.

She followed her tribute to Guardsman Talbot by congratulating Prince Harry and Meghan Markle on the birth of their Royal baby. Since Prince Harry was a serving soldier in Afghanistan maybe this would lead to a statement commemorating VE Day?

No such luck. Being a globalist, Europhile and dedicated proponent of imposed multi-culturalism, Mrs. May went on to mark the beginning of Ramadan.

Ignoring reality, and with complete disregard for the mass murder and destruction being carried out every day across the planet in the name of Islam, Mrs. May declared that this is a time when Muslims come together to celebrate peace, devotion and charity. 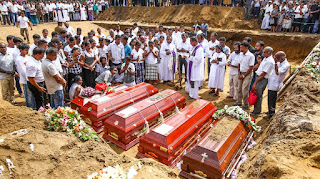 She announced thereafter that she will be holding a reception later that afternoon for Sikhs to celebrate the festival of Vaisakhi.

Maybe now that the multi-cultural virtue signaling was out of the way she would at least acknowledge it was VE Day. Nope, she proceeded to mark the twentieth anniversary of the devolved governments of Scotland and Wales.

Incidentally, as an indication of the duplicitousness and dishonesty of Parliament, the result of the binding referendum for Welsh devolved government was 50.3% to 49.7% on a turnout of 50.2%, a margin of 0.6%. This result was accepted by Parliament and implemented

In response to the Prime Minister's statement, the anti-British Leader of the Opposition, Jeremy Corbyn, echoed her remarks but couldn’t resist ramming home his disdain for British cultural heritage while burnishing his multi-cultural credentials at the same time. He added that we should recognize and enjoy Ramadan and Vaisakhi because ‘it is important to show the diversity of this country and celebrate all religious festivals.

Since the British people were conned into joining the Common Market in 1973 a concerted effort has been made by the political class and the establishment to supplant all things British with all things European.

As the Iron Lady once pointed out, “its Euro this and Euro that” with anything quintessentially British being downplayed then dropped altogether.

Since the Common Market evolved into a German led United States of Europe, otherwise known as the European Union, it would ill become the dedicated Europhiles in Great Britain to keep reminding the Germans of their defeat and surrender every May 8th therefore the VE celebration was quietly dropped.

The war left entire cities, towns, villages and industries destroyed leaving forty million refugees with nowhere to live and without basic needs such as food, shelter and utilities.

The significance of the 8th May 1945 is inestimable but to the anti-British rabble in Parliament, Royal babies and Ramadan take centre stage while VE Day doesn’t warrant a mention.

Posted by Daniel Thomas at 2:26 PM