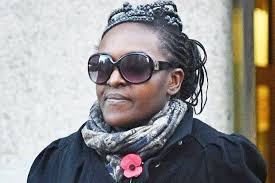 It’s not often that the people get to strike back at the political class that treats them with contempt but when the opportunity does arise it’s a moment to deliver a blow and then savor their discomfort.

Such an opportunity came about recently and the public took full advantage by delivering the political establishment a bloody nose. It also gave us bystanders a reason to cheer and enjoy the moment.

Convicted criminal and serial liar, Fiona Onasanya, was kicked out by her constituents in Peterborough after a recall petition called by the Speaker of the House of Commons.

This will trigger a byelection where the new Brexit Party stand a chance of breaking the iron grip on power which has been held by the establishment Liberal and Conservative parties for two centuries or more and latterly by the Labour Party who came on the scene in 1929.

It must be remembered that it was the crooked Onasanya that cast the deciding vote in a deadlocked Parliament which denied the people their Brexit while she was on release from prison and wearing a police monitoring bracelet on her ankle.

Unsurprisingly, requests to have the vote declared null and void have fallen on deaf ears in the phony Mother of Parliaments so in reality the peoples' desire to regain their sovereignty from the corrupt European Union was denied by a convicted criminal who was released from prison on license and under police surveillance. (See here)

Its beyond irony that the Members of Parliament are effectively declaring the result of the Brexit referendum null and void on the basis the people were lied to by using the casting vote of a convicted criminal and serial liar who should be in jail.

The war between the people and the political class they so despise has been a gathering storm for decades and at this moment in time the stranglehold on the levers of power keeps the latter in control.

The betrayal of the Brexit referendum has changed all that; the British people are waking up to the danger they face from their own representatives who are determined to sell them out to the unelected tyrants of the European Union and their United States of Europe integration project.

The deselecting of Onasanya may only be a tiny glimmer of light at the end of a very dark tunnel but it could be the catalyst that starts a revolution since there are so many other crooked shysters that are bringing Parliament into disrepute that should also be recalled.

To add to their misery there is a new kid on the block called the Brexit Party who are gaining momentum and currently topping the polls for the European elections.

On a final note: Fiona Onasanya was never photographed without her trademark grin which was as wide as her credibility gap so it is especially delicious to see that she is not grinning any more. 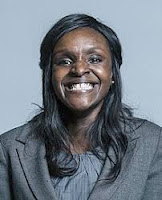