The Madness of Prince Charles 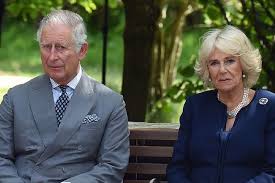 Its beyond doubt that the betrayal of the British people’s desire to be free from the German dominated European Union has left them fractious and on edge.

The situation has been made infinitely worse by the ignominious groveling of British Prime Minister, Theresa May, before the German Chancellor, Angela Merkel, who is believed to be the author of the now infamous EU Withdrawal Agreement and Political Declaration.

This surrender document is not an agreement but a legally binding treaty that locks Great Britain into the European Union and its institutions in perpetuity with no unilateral means of exit. This is the Brexit in name only which Mrs. May has been planning from the start of her Premiership.

On an official visit to Berlin with his wife Camilla, Duchess of Cornwall, His Royal Highness Prince Charles the Prince of Wales couldn’t have picked a more inopportune time to be sucking up to Angela Merkel by tacitly supporting Mrs. May’s surrender document and demanding that “the bonds with Germany must endure” and that the British people must “redouble our commitment to each other and to the ties between us”.

In today’s cliché-ridden discourse no political speech worth its salt could fail to mention ‘shared values’ and Prince Charles does not disappoint.

Ignoring reality as well as history he states that …” today, we are so much more than simply neighbours: we are friends and natural partners, bound together by our common experience, mutual interests and shared values, and deeply invested in each other’s futures”.

Natural partners, mutual interests and shared values? What on earth is he talking about? Prince Charles is obviously not paying attention to the current events that are dominating the British and European media. (See here)

Just to remind him:

His future subjects, the British people, are battling both the European Union bureaucrats and their own Parliament to regain what is left of their sovereignty. They want to become the independent, self-governing nation past generations fought and died for.

Contrary to this Chancellor Merkel has made no secret of the fact that she wants all remaining British sovereignty to be surrendered to the unelected bureaucrats of the European Union Commission in Brussels as part of the project to replace the independent nation states of Europe with a single, centrally controlled superstate.

If Frau Merkel gets her way Great Britain would become a Vichy-style province of a German dominated United States of Europe ruled by a Gauleiter not a King.

Despite being descended from the German House of Saxe-Coburg and Gotha one would have expected the future King of Great Britain to join this battle for national survival on the side of his people not the historical enemy that has still not given up on its ancient desire to subjugate all of Europe under its tutelage.
In conclusion, one must wonder how a person from the ruling elite who has been in receipt of an elite education and who is surrounded by a coterie of top advisers and experienced diplomats can enter the halls of the historical enemy and say something so insensitive and dumb.
At a time when respect for the monarchy appears to be on the wane one would think that Prince Charles would pay attention to the current sensibilities of the British public toward the German controlled European Union before extolling the virtues of a relationship that does not exist.

Posted by Daniel Thomas at 9:59 AM