Political Suicide – Theresa May Throws in Her Lot with The Commies 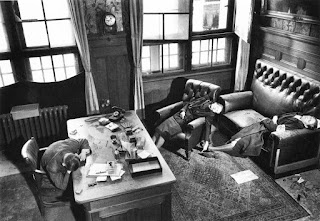 What is it about a corrupt and failing institution like the European Union that commands such fanatical loyalty among its devotees that they are prepared to commit political suicide to remain subject to it?

This devotion to a lost cause is reminiscent of the mass suicides by devotees of the Third Reich as the Red Army approached Berlin in April 1945. Many of the thousands who committed selbstmord feared Russian retribution but thousands more couldn’t envisage a life without the Third Reich and its Fuhrer.

Such is the devotion of Theresa May and her Europhile collaborators in the British Conservative Party.

They cannot envisage life without their beloved European Union so they are prepared to sacrifice their own political futures, and that of their country, by entering into a coalition with the communist led Labour Party

If the polls are anywhere near accurate the Labour Party have a better than average chance of winning the next General Election in which case it will be game, set and match to Karl Marx.

Theresa May and her merry band of traitors know that enlisting the help of Jeremy Corbyn will wreck the Conservative Party, which has been in existence since 1834, and hand over power to a Labour Party which has made no secret of its intentions to turn Great Britain into a socialist/communist state.

Since the Labour Party want to remain in the European Union this action alone should lay to rest the assumption that Mrs. May intended to implement the referendum result and take Great Britain out of the European Union.

Her appalling Withdrawal Agreement and Political Declaration, which she is insists is the only option to leave, is a complete surrender to the European Union. Instead of taking back control of Great Britain’s laws, trade policy, borders and money it puts them under the control of the EU bureaucrats in perpetuity.

Instead of the supremacy of British law being reinstated Great Britain will remain subject to the jurisdiction of the European Court of Justice.

With this banzai charge into a coalition with Jeremy Corbyn’s communists, Mrs. May and her collaborators are ignoring those in her own Cabinet who want to implement the Conservative Party Manifesto on which they were elected.

She is also ignoring her own backbench Members of Parliament along with most Conservative Party members in the country who want the same thing.

Most importantly she is riding roughshod over the 17.4 million loyal citizens who want to take back their sovereignty and leave the European Union. 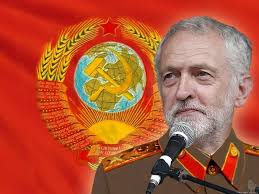 For years Mrs. May has made countless speeches about the disaster a Jeremy Corbyn led communist government will visit upon Great Britain and its people. She has spoken at length about their virulent hatred of Israel and the Jewish people along with his support for the blood soaked terrorists of Hamas and Hezbollah.

By inviting Jeremy Corbyn into a coalition, she is giving him an air of respectability and credibility to his repugnant views and policies.

On the issue of Brexit, Mrs. May knows that Corbyn and his party want to remain in the European Union; this means that the only agreement they can possibly make is for Great Britain to remain subject to the single market and the customs union which is in effect remaining in the EU without any representation whatsoever.

The initial reaction in the country is one of disbelief and rising anger but in Brussels the bureaucrats will be punching the air with joy and cracking open their taxpayer funded bottles of Champagne in celebration.

With the connivance of Theresa May, they have achieved the three goals they set to do after the referendum result was known:

They have divided the nation which renders it more difficult to govern.

They have irrevocably damaged the country’s democratic institutions and respect for Parliament.

They have prevented Great Britain from breaking free from their corrupt and increasingly autocratic political union.

As an unintended consequence they have destroyed the Conservative Party leaving the door open for a communist cabal to take over the reins of power with all the disasters that will bring.

There is still a glimmer of hope that the British people may yet prevail. It is still the law of the land that Great Britain will leave the European Union under World Trade Organisation (WTO) rules on the 12th April 2019. I hope the patriots in Parliament and the country will hold their nerve and see it through.